You are here: start » azhajanaak 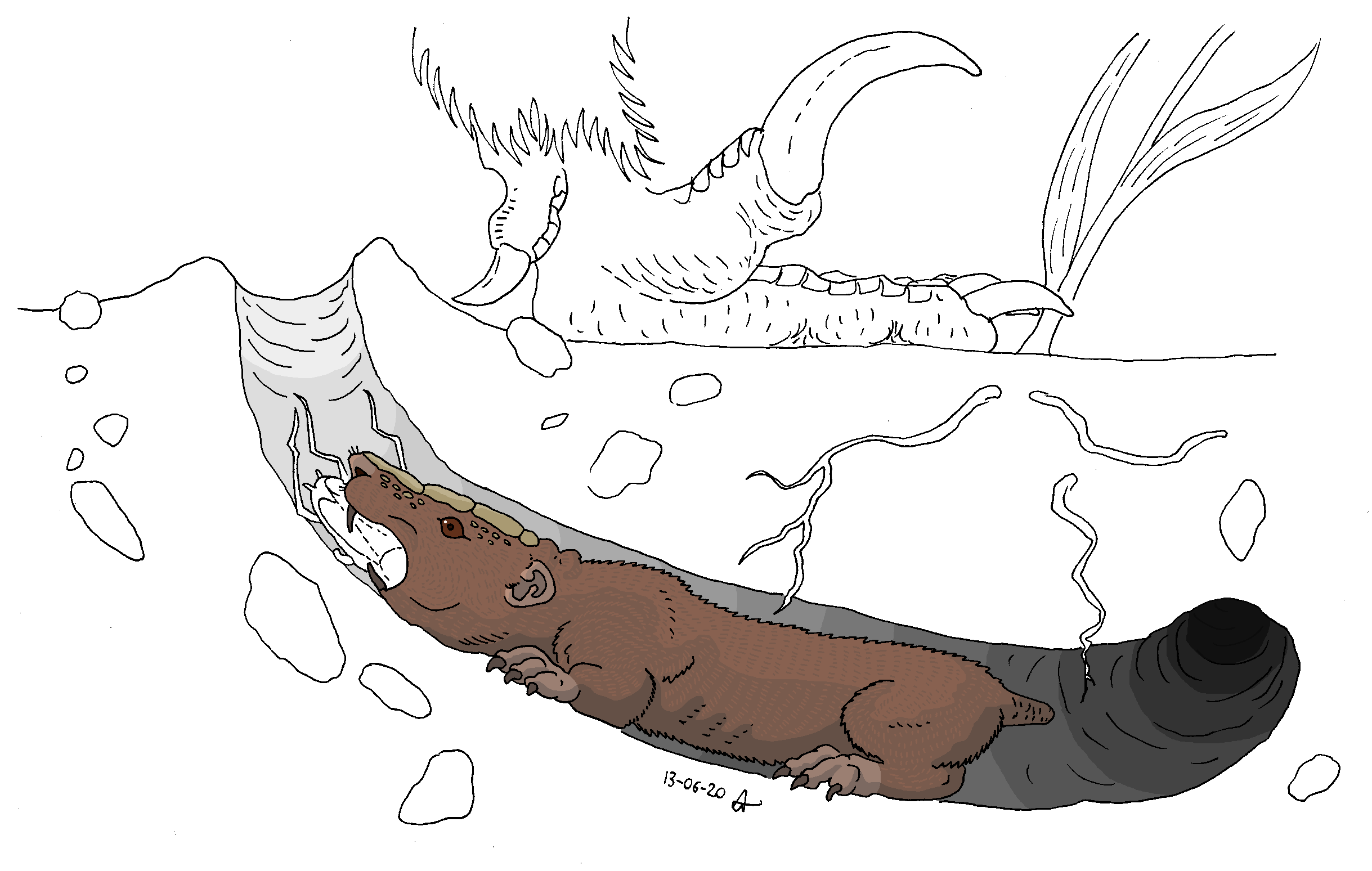 Another representative of the radiation of Multituberculates on Nekenalos, the azhajanaak is a rather unassuming burrower. Unlike analogous Earth mammals such as moles, azhajanaaka dig primarily with their head rather than their forelimbs. They have a flattened, elongated head covered with thick bony plates; they are also able to seal their nostrils to keep out dirt, and, like Earth's mole rats, they have a very high tolerance for high concentrations of carbon dioxide. When a azhajanaak returns to its burrow with a prey – typically a cockroach, a beetle, or another such insect – it walks backwards, as ready as when leaving to use its armoured head to seal the gallery should predators such as snakes or centipedes attempt to break in. Azhajanaaka are mostly solitary, though a breeding couple may briefly share a burrow so that they can both provide food for the offspring; a female commonly signals acceptance of courtship by allowing the male to enter and enlarge the burrow as needed.