You are here: start » zilzi-hes̈etiki 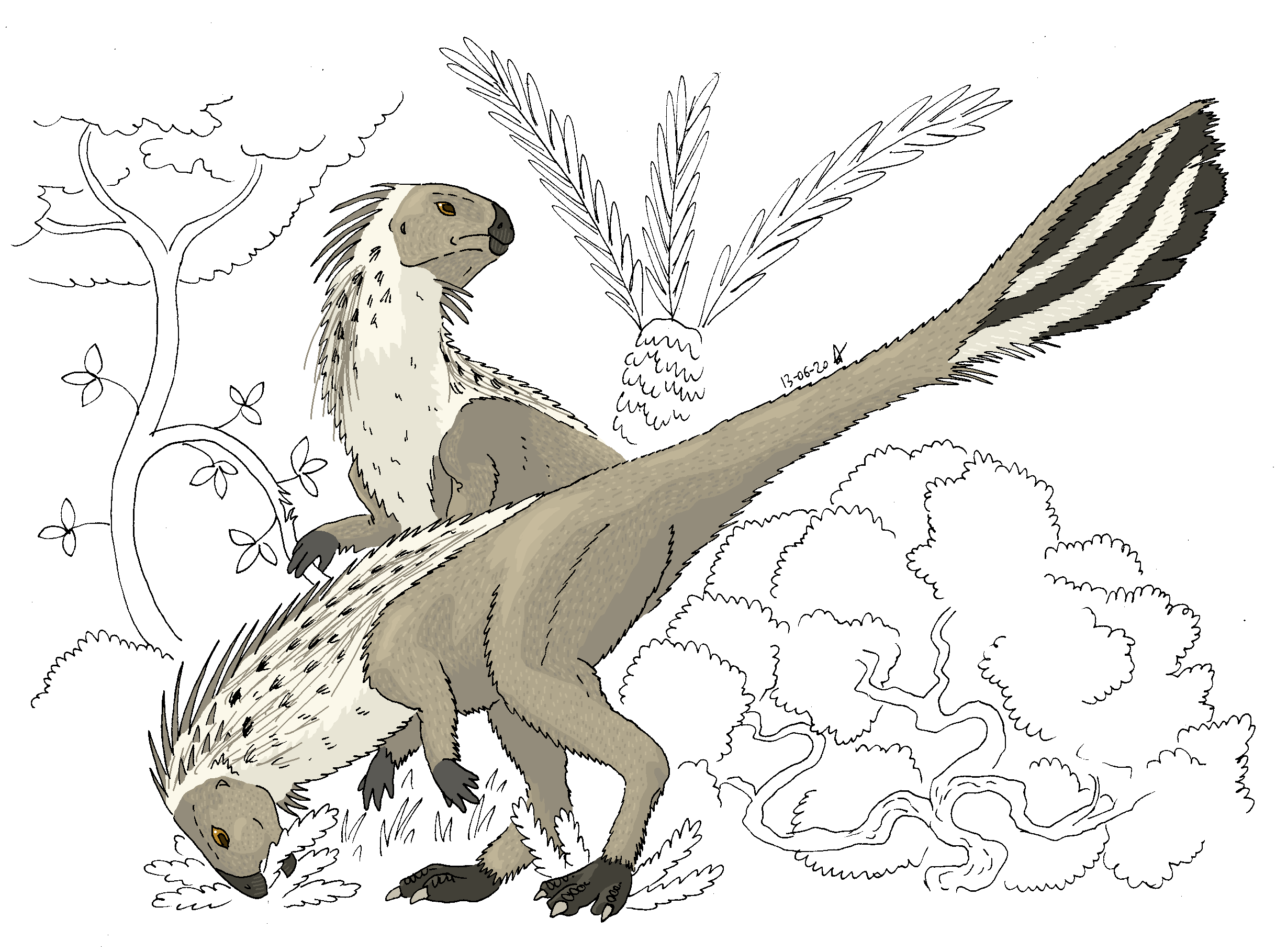 The zilzi hes̈etiki is one of the most common herbivores in the temperate regions of western Asheenagiji. Closely related to small-bodied ornithopods of the Late Cretaceous such as Orodromeus and Parksosaurus, it spends it time browsing in small familiar groups in forests and open woodlands, with one or two individuals serving as watchers while others feed. Its rather drab coloration is broken by a pale, spotted feather mane, and by a sort of feather flag with striking black-and-white bands growing under the tip of the tail. Both the mane and the “flag” are important for social cohesion, as they allow the members of a foraging group to recognize each other; encroachers from other groups will be chased off the feeding territory. Although they do not have true natural weapons, zilzi hes̈etikia are quite adept in fighting off isolated foes by kicking and biting. If a predator too large to be fought off should approach, or one that hunts in packs, they would quickly change their strategy: the feather flag would be folded on the tail's underside, an the mane would flatten down on the neck under darker quill-like feathers, hiding all the most visible body-parts; the zilzi hes̈etikia would then lie on the ground or in the bushes, hiding the dark extremities and beak as well under the olive-coloured coat, effectively making themselves invisible to all but the keenest-eyed predators.