Harravados̈ (from harras (to hide) and the adjective vadu'aos̈ (too much as planned)) is a minor benevolent deity of Akynkulla. His domain is camouflage.

…he would be rather poor at his metaphysical job if you could see him.

Artistic depictions will use a stylised representation of whatever creature they consider best-camouflaged, but there is no consensus creature. If kavkema were at all properly familiar with them, they would almost surely ascribe Harravados̈ the appearance of octopodes. 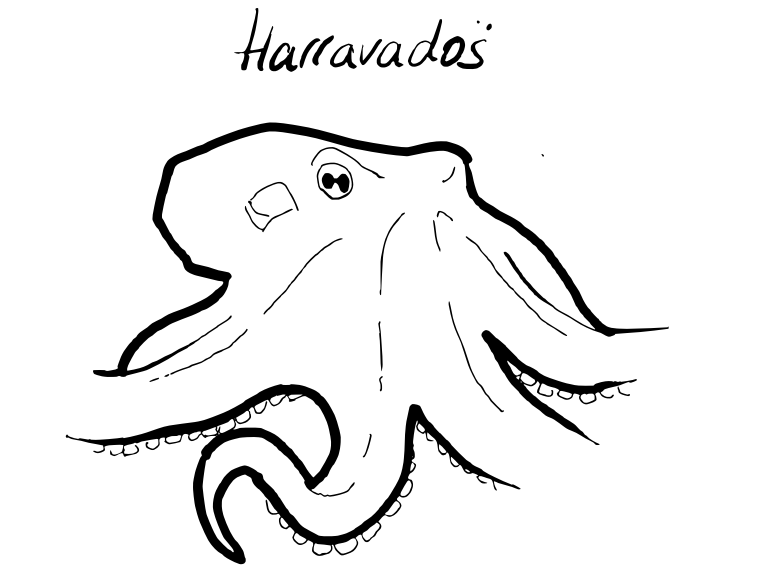 Harravados̈ is considered the planet's memory of Maenona - essentially a lingering shadow of her. He inherits her desire to protect the kavkema and shares Maenona's brilliance, but has a disconnected sense of time (a trait also attributed to Maenona in the cultures that believe in Harravados̈, in part to explain her absence) and a perfectionist streak, resulting in an overall mediocre job:

He ensures that every kavkem hatchling has a feather coat that will camouflage it. Indeed, it is perfect camouflage, albeit only for a very particular spot on Nekenalos that the kavkem in question may never come across. Indeed, even if the kavkem did somehow find their 'assigned' spot, they would have to move eventually to eat or to stay near their friends (who presumably camouflage best elsewhere and cannot stay put without perfect camouflage as the Nayabaru would likely eventually find them).

Thankfully, the best is not necessarily always the enemy of the good, and even this unnecessarily specific camouflage tends to provide decent camouflage in usual kavkem environments. Occasional colour mutations in kavkema that are far less useful for the general case, however, might be especially and less flatteringly ascribed to Harravados̈.

Fortunately, Harravados̈ has equal skill at artificial camouflage and at 'less perfect' camouflage that may maximise effectiveness for a certain situation or time span. He may be found in dreams, although never as a tangible deity - but 'sufficiently attuned' kavkema might wake up one morning with the appropriate insight and then might be able to grant a Shy͡ilungades̈ sent on a mission a crucial edge in concealing themselves, either at a critical point in time or simply by providing a best approximate camouflage for the entire mission.