The term “Nayabaru” means two different things depending on context. It can either mean the second sapient species of Nekenalos, or the meta-culture that this species predominantly shares. In latter sense, Terenyira is a Nayabaru. 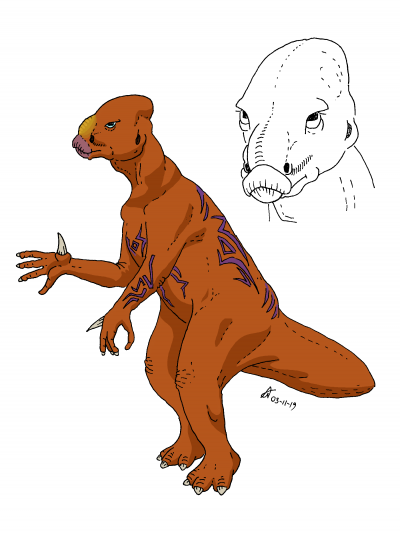 In A Thread Between The Stars, Valcen describes the Nayabaru as having a “stunted mental flexibility”1) and “inherent neurological shortfalls”2). The visiting Threadwielders use this attribute as a hopeful assurance that the planet will be still be recognisable when they get there after over a hundred years of absence (a trick that, as Jeneth privately laments, the humans of Earth likely cannot promise him).